Joe Hill was a songwriter and activist in a fascinating union, the Industrial Workers of the World, in the early 1900s.  The victim of a police frame-up in Utah, he was executed by a firing squad in in Utah 1915.  This musical blends Joe Hill's work with sounds and struggles of today--as our world faces many of the same challenges that workers faced over a hundred years ago.  Book and Original Music by Dan Furman, Lyrics by Dan Furman, Joe Hill and others.

To get in touch with Brooklyn Tavern Theater, email Dan Furman at:  danfurman@aol.com.

When Joe Hill arrived in Utah, his friend Otto Appelquist was getting engaged to Hilda Erickson.  But a romance seems to have developed between Joe and Hilda as well, and events were set into motion that led to Otto shooting Joe in a jealous rage.  The state of Utah used the incident to frame Joe up for the murder of a grocer that happened that same night in Salt Lake City (one of the attackers was shot as he fled the scene).

Hilda Erickson visited Joe Hill every Sunday in prison until his execution 22 months later.  The lyrics to this song, presumably written by Joe to Hilda, were discovered after his death.  The song occurs just as Joe has met Hilda for the first time.

Listen to a song from the show!

The show was performed in the Outdoor Patio @ Rustik Tavern 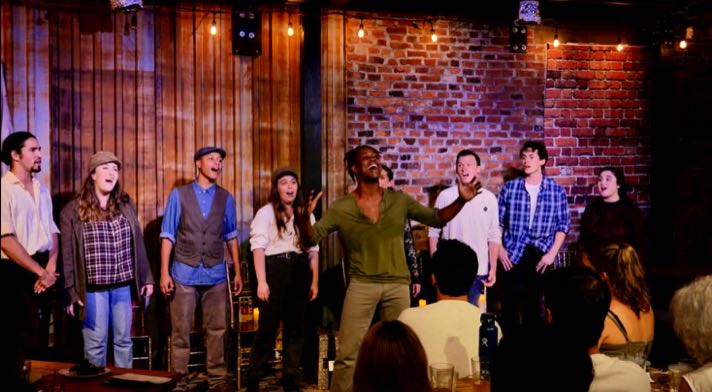 While this page will continue on the BTT website, the official Joe Hill Revival website is now here:  https://www.joehillrevival.com/